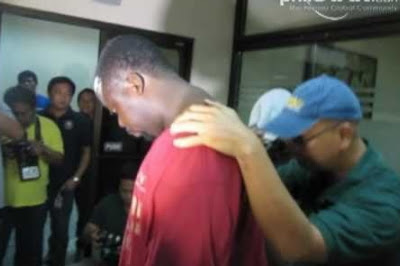 Singapore has said that on November 18 it would execute a Nigerian, Chijioke Obioha, who was convicted for possession of drugs for the purpose of trafficking on December 30, 2008.

The execution date, according to a statement by Amnesty International, has been communicated to Obioha’s family. On April 9, 2007, Obioha was found in possession of more than 2.6 kilograms of cannabis, surpassing the statutory amount of 500 grams that under Singapore law triggers the automatic presumption of trafficking.

Also in his possession were keys to a room containing additional prohibited substances, leading the authorities to presume him guilty of possession and knowledge of the drugs. Obioha’s appeal against his conviction and sentence was rejected in August 2010.

Maintaining his innocence of the crime, he initially refused to make use of his right to resentencing which amendments to Singapore’s mandatory’s death penalty laws made in 2013 allowed for.

In Singapore, when there is a presumption of drug possession and trafficking, the burden of proof shifts to the defendant. This, according to Amnesty International, is a violation of fair trial rights, specifically the presumption of innocence.

After the rejection of his clemency appeal in April 2015, his execution was set for May 15, 2015. It was stayed a day earlier to allow him apply for resentencing.

His family was only informed on October 25, 2016 that he had resolved to withdraw his application for resentencing earlier in the year, following legal advice that he would not qualify as “courier” under the amended laws.

Consequently, the Court of Appeal lifted the stay of execution with effect from October 24, resulting in the execution date e set for November 18. Obioha appealed once again for clemency for the President, who has the power to commute his death sentence.

He moved to Singapore in 2005, seeking to join a football club. His family members, who currently live in Nigeria and the United Kingdom, have been unable to travel to visit and had limited ability to assist him.

Throughout the duration of the proceedings, they have received sporadic and often delayed updates, including when a legal representative was removed from the case.