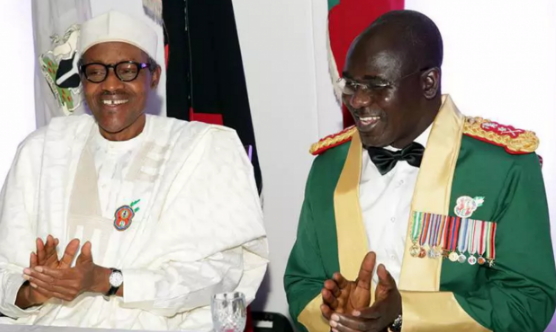 The Nigerian Army has confirmed that Lt General Buratai indeed has two properties in Dubai.

In a statement released by the Army today, Buratai and his two wives acquired the properties with their personal savings back in 2013.

Army Spokesperson, Col Sani Usman said Buratai bought had consistently declared the properties along with other properties in his assets declaration form as Commander, Multinational Joint Task Force and the Chief of Army Staff.

Continue Reading
You may also like...
Related Topics:buratai, dubai, properties