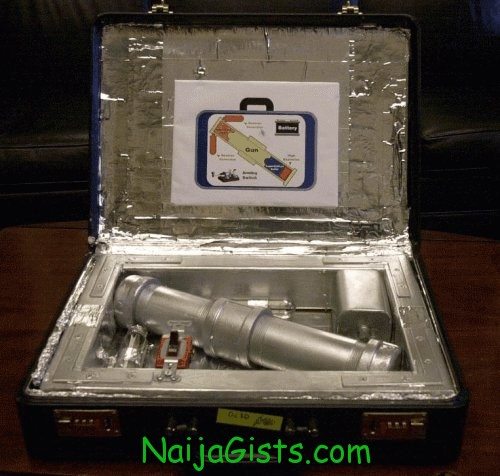 A suitcase bomb was placed in the garage of the former chairman of Kaduna South local government area, Alhaji Awwal Tafoki. The bomb has been successfully disarmed by controlled detonation by the Nigerian police ant-bomb unit. naijagists.com

According to Sahara news, Alhaji Tafoki said he found a strange case in his garage at No. W11 Gangara Road in Sabongari-Tudun Wada area of Kaduna. He immediately relocated his family and notified the bomb disposal unit to the strange object.

The unit approached the object and confirmed it was a bomb. A few minutes later they evacuated everyone in the neighbourhood and carried out a controlled detonation of the bomb.

Mr. Tafoki is the special adviser on sports to the Kaduna state governor, Ibrahim Yakowa.