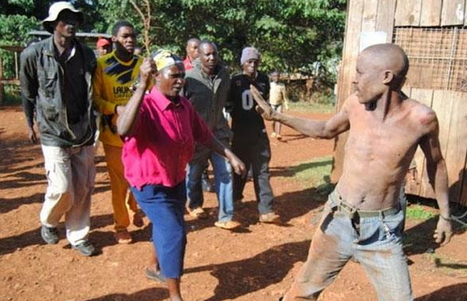 A mob descended on a suspected ritualist at Madalla Market in Abuja on Thursday after a shopper accused him of snatching his manhood with spiritual powers.

Around 2:14pm on Thursday, the suspect, who came from Suleja, alighted from an unmarked vehicle and pretended to be buying fairly used clothes and in the process brushed a passer-by.

The man pretended as if he had fallen down and in the process brushed the victim with his shoulder. The young man raised an alarm about the disappearance of his manhood few minutes later.

Shoppers chased the suspect while running away from the market. He later confessed and returned the stolen manhood after making some incantations.

He was rescued from the angry mob by a vigilante group in the area.