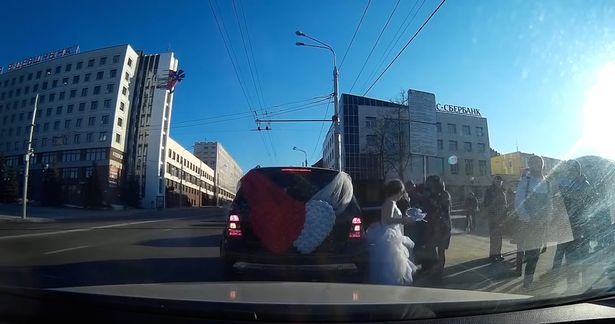 Check out what a newly married woman did to her husband shortly after their wedding in Belarus.

The video below was captured the moment the vehicle parked along a busy road in the city of Vitebsk, Belarus.

All of a sudden, the bride jumps out of the vehicle, beating the groom with her wedding bouquet of flowers. Her mother later joined the fight. 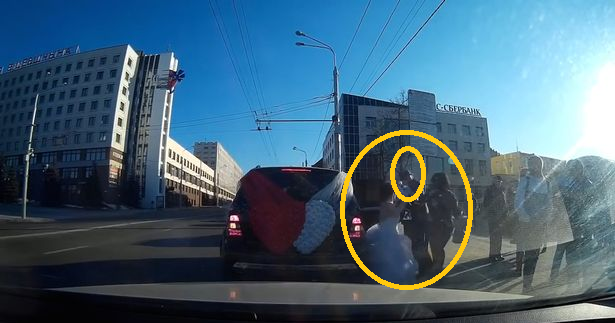 When the beating got out of hand, the groom entered the car and fled the scene.

The newlywed and her mother remained at the bus stop in a distraught state.

The reason for the attack remains unknown.

Photos: See What A Walmart Thief Did To Escape 30 Days In Jail In Ohio
Man Accused Of Stealing Manhood At Madalla Market Abuja Beaten To Stupor