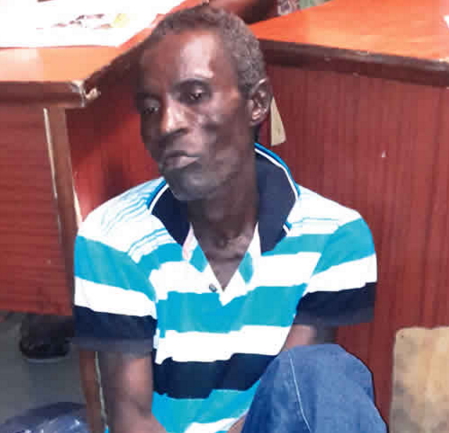 Lagos Police command has arrested a 54-year-old man, Michael Bisa, for allegedly selling fake phones to customers in the Oshodi area of the state.

We learnt that Bisa, who hails from Effurun, Delta State, was arrested by operatives of the Rapid Response Squad on Saturday at about 5pm.

According to the police, Bisa allegedly swindled members of the public by disguising as a mobile phone seller in the area, selling bars of soap to them instead.

Our correspondent gathered that the police recovered bars of soap, shirts, some amount of money and envelopes from the suspect.

Bisa, a father of four, said in his statement that it was poverty that drove him to sell bars of soap as mobile phones. 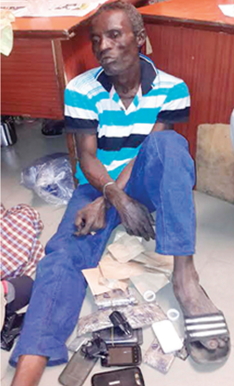 He said, “What I did to my customers is called exchange. The people who came to me to buy mobile phones would be shown a real phone. But while we were discussing the price, I would carefully hide the phone in a white handkerchief and swap it with a bar of soap which I had already cut to size and put in a phone case.

“As soon as they left the spot, I would change my clothes so that the buyer would not recognise me again.”

“I was a refrigerator technician in Delta State. I came to Lagos to look for greener pastures about 15 years ago. When the situation got so hard for me, I met a friend, Hakeem Tijani, who is now late. He was the one who taught me the job. Since that time, about four years ago, I have been surviving this way.”

The Police Public Relations Officer, DSP Joe Offor, confirmed the arrest, adding that the suspect would be charged to court soon.