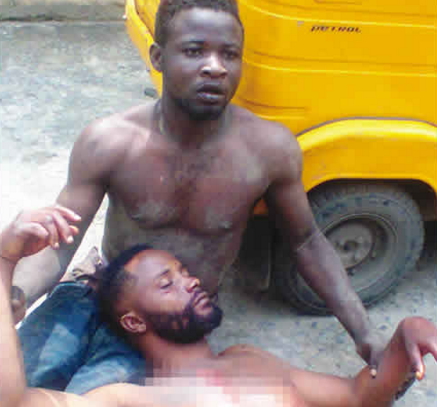 A street fight that happened around 2pm yesterday on Olorogun Street in Odo Eran area of Itire, Lagos has claimed the life of a landlord.

A hoodlum identified as 21-year-old Lati Elepo stabbed a landlord, Alawu Lateef to death while trying to settle a fight.

The deceased had earlier asked the area boys to stop causing public disturbance in the area before one of them stabbed him on the chest.