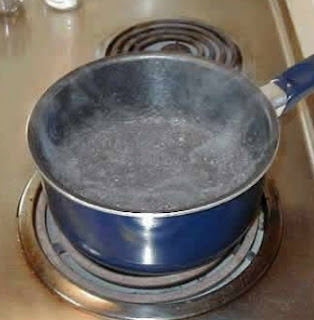 Feb 23, 2018 – Man With Bad Temper Bathes Female Neighbour With Hot Water For Cooking On His Kitchen Table In Ikorodu Lagos

Benjamin Osueke, a 35-year-old man was today charged before an Ikorodu Magistrates’ Court for allegedly pouring hot water on a female neighbour.

Osueke, who lives at 24, James Olaogun St., Ikorodu, is facing a charge of assault.

The Prosecutor, Sgt. John Iberedem, told the court that the accused on Feb. 18, poured hot water on his neighbour, Mrs Benedicta Orji, in the kitchen.

“There was an argument over electricity bill between the accused and the complainant; after the argument, the accused warned her not to cook on his table because they share kitchen.

“Suddenly, he poured hot water on the complainant which burnt her body badly,” the prosecutor said.

He said that the offence contravened Section 230 of the Lagos State Criminal Laws, 2015.

The Chief Magistrate, Mrs. A. Azeez, granted the accused N100,000 bail with two sureties in like sum.

Azeez said that the sureties must reside within the court jurisdiction, be gainfully employed and should show evidence of tax payment to the Lagos State Government.

She adjourned the case until March 29, for hearing.[NAN]