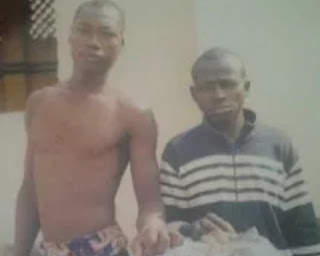 Feb 23. 2018 – Convicted Burglars Protest In Court “We Are Mere Thieves & Not Armed Robbers”

2 convicted criminals, Rafiu Afolayan and Akeem Jimoh have protested before a Lagos court after they were referred to as robbers by clarifying that they were only thieves and not armed robbers operating in Lagos.

They claimed that they were not armed robbers who used violence to rob people rather that they moved in the night, broke shops and stole valuable items for resale in the markets.

Afolayan revealed that when they visited any shop in the night and the owner was still present, they will quietly leave the place and will not use violence to steal their items.

Before they were caught they were said to have broken a shop belonging to one Mrs. Lolade Alanga at Suebatu Street Oshodi Road in Oshodi, Lagos at night and stole wares valued at N3m from it. However, nemesis caught up with them when they carried the bag containing the stolen items to sell them at the Aswani market.

The market security men suspected them and the bag and accosted them to explain where they got the items. When they could not explain satisfactorily, they were handed over to the police at Aswani Division.

P.M.Express reports that during interrogation, they confessed and the owner of the items was contacted and she confirmed that they were her goods.

The convicts were charged before Isolo Magistrates court for conspiracy and stealing, and the bag containing the items was presented as an exhibit before the court. 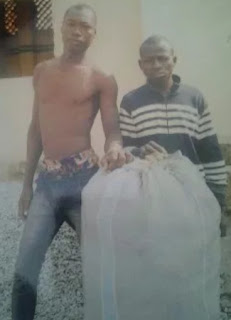 The prosecutor, Oje Ugbale presented the facts and asked the court to sentence the defendants accordingly to serve as a deterrent to others who might attempt to commit similar offence.

The Presiding Magistrate, Mrs. A.O. Teluwo found them guilty as charged and sentenced them to one year imprisonment without an option of fine. It was while they were waiting to be taken to the prison to serve their sentence that they protested in the open court that they were mere thieves and not armed robbers as referred.