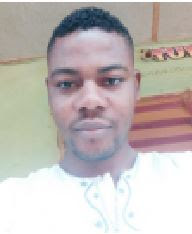 A man identified as Yinka Adewoyin was on Thursday beaten to death while settling fight between two warring parties.

According to The Nation, the 31-year-old deceased was on his way back from a beer joint with his friends when he saw two men assaulting an elderly mechanic man.

He however pleaded with the two young men to stop beating the man.

His audacity to intervene in the matter was questioned before one of the men punched him. He fell down,hit his head on ground and slipped into a coma.

He was rushed to a nearby  hospital where he died 3 days after.