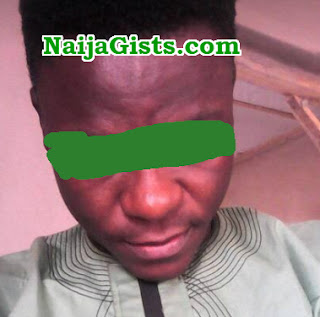 December 22, 2017 – Man Who Became Impotent After Marrying Another Wife Drags First Wife To Court, Says She’s Behind His Ordeal

A court in Lagos today dissolved a 20-year-old marriage between Olarenwaju Bammake and Aderonke, after the husband accused his wife of making him impotent. Olarenwaju, a 42-year-old businessman, also accused Aderonke of threatening his life and fetish act.

Delivering judgment, the president of the court, Mr. Akin Akinniyi said the court granted the request of the petitioner because he was adamant in spite of all mediation from the court and family.

“The court pronounce the marriage between Mr. Olarenwaju Bammake and Mrs. Aderonke Bammake dissolved today, both parties henceforth ceased to be husband and wife.

“Both are free to go their separate ways without any hindrances and molestation,” Akinniyi ruled. Earlier, the petitioner, Bammake, had told the court that his wife, Aderonke of 20 years was fetish and a threat to his life. “There is no herbalist my wife does not know.

She patronises them and even brings them home. “Aderonke made me impotent through her diabolical means. I married another wife but my manhood refused to perform.

“Everywhere I went for a solution, I was told that Aderonke was behind my predicament and I strongly believe it because I am also a witness to her devilish acts,” he told court. He accused his wife of belonging to a cult.

“There was a day I came home unexpectedly to pick what I forgot, I caught my wife holding a meeting with a cult member,” he said. According to him, his wife wanted to kill him by poisoning his food. “My wife put poison in my food and I started purging and getting sick. I almost died of the poison but God intervened.

“She chased our housemaid away because the girl told me she once saw her putting her devilish substance in my food.

“The woman cleaning our compound also told me about her fetish behavior and because of what I saw myself and heard from people, I ran away from my house in 2012 to save my life,” he said. He begged the court to dissolve their union that he was no longer interested.

However, Aderonke denied all allegations and accused her husband of infidelity. “My husband was sleeping with our housemaid and that was why he was against me sending her back to her parent. “He was also dating the woman he claimed was feeding him that I am fetish,” she said.

The respondent said that she was not fetish and that she was a prophetess and do not know any herbalist nor invited any into their house.

The 47-year-old trader said she never made her husband impotent and neither did she poisoned his food. “I did not prevent him from marrying another woman neither did I render him impotent.

He married another wife because he needed a male child. “I was having delay in having another child after having a daughter 15 years ago, I know nothing about his impotency, ” she said.

The mother of one pleaded with the court not to grant her husband’s wish for the dissolution because she was still in love with him.

Continue Reading
You may also like...
Related Topics:impotent, man, marry