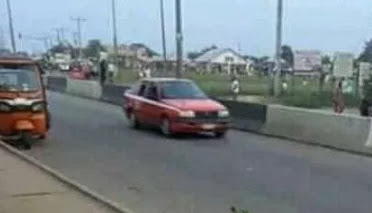 A masquerader whose identity is yet to be revealed has been killed by a reckless taxi driver in Uyo Akwa Ibom state.

The lifeless body of the masquerade struck and killed by a driver who was trying to avoid hitting another vehicle was captured on Nwaniba Road off Use Offot by a social media source on Thursday. 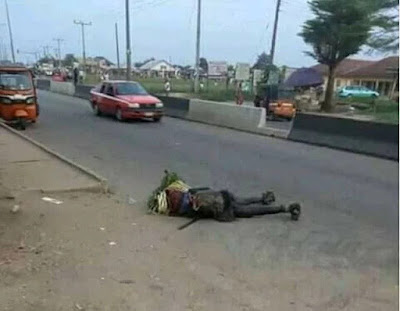 The driver however fled the scene of the accident.

Police in Uyo are currently trying to find the identity of the deceased and contact his family.