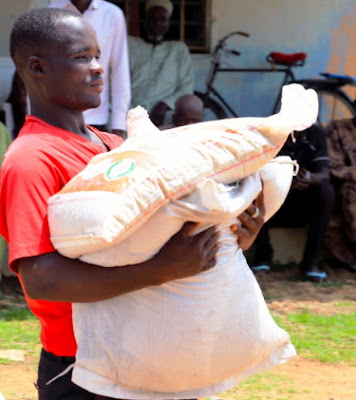 A 30-year-old man identified as Sesan Sangodele was arraigned before a Senior Magistrates’ court sitting at Iyaganku, Ibadan, over the theft of three bags of rice and seven crates of eggs, all valued at N53,600.

The Prosecutor, Insp. Samad Aliu, told the court that Sangodele and others now at large conspired to steal the bags of rice valued at N48, 000 and crates of eggs valued at N5, 600 belonging to one Mrs Sekinat Sokunbi of Bodija area, Ibadan.

Aliu said the accused committed the offence on July 27, at about 7:25am, at 6, Balogun St., Ilupeju area, Bodija, Ibadan.

The accused, however, pleaded “not guilty” to the two-count charge of conspiracy and stealing preferred against him.

The Senior Magistrate, Mrs Patricia Adetuyibi, granted the accused bail in the sum of N60,000, with two sureties in like sum. She adjourned the case till the 5th of October 2017.