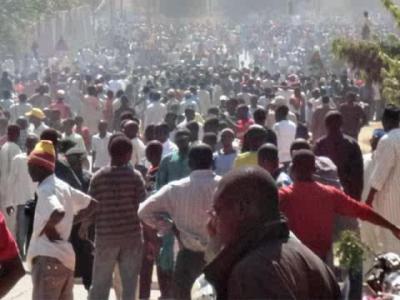 Confusion has enveloped  Kuto area of Abeokuta, following the discovery of the lifeless body of a middle-aged man found dangling on a tree within the MKO Abiola International Stadium in Kuto, Abeokuta, yesterday.

An eye witness told Vanguard that, the  lifeless body of the  man was found few minutes after he hanged himself on the tree. He said an attempt by policemen from Ibara Division to save his life was unsuccessful as he was confirmed dead at the state General Hospital in Ijaye, Abeokuta.

Contacted, the  state Public Relations Officer  of Police Command, Muyiwa Adejobi, confirmed the incident, stressing that nothing was found on the man to either  unravel his identity or the rationale behind his action.

Ademuyiwa  further explained that  the Police were alerted by a man whose shop is close to the tree within the stadium on which the man hanged  himself.

Adejobi  however, declined to reveal the identity of the shop owner, stressing  that investigations by the command was still on-going to identify the deceased as well as the rationale behind his action.

He stated that the  corpse of the man has been deposited at the Ijaye General hospital for autopsy, saying  that the press would be adequately briefed after the investigation must have been concluded.