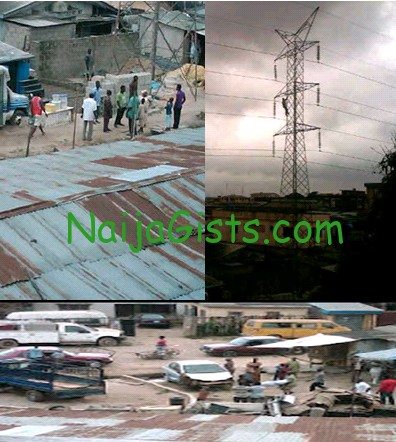 A man woke up early morning of September 1st, 2012 and saw a man identified as Afeez climbing a PHCN electric pole.

The suicidal man, Afeez had earlier complained to some of his friends that he is tired of living life.

A group of people reportedly begged him to come down which he eventually did.

Instead of being consoled people started slapping him and speaking all sorts of abusive words against him.

His friends immediately took him away to avoid further assault.

We learnt on Saturday night, Afeez drank poison and died.

On Sunday morning, Afeez’s lifeless body was discovered in his room.

People should keep in mind that a suicidal person doesn’t need any more hurtful words all he need is love and attention.