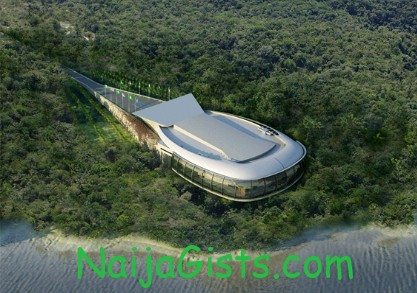 It was a sad tragic end for one Mr. Gabriel Agochi of Ndok in Ishibori, Ogoja Local Government Area of Cross River State who allegedly slaughtered himself over his inability to repay a loan collected from a local thrift association.

Agochi who was said to be in his mid 40s and a transport operator residing in Agiga in Ogoja Local Government of the state until his death had a transport company with three golf cars in it fleet.

It was gathered that in a bid to make brisk money during the ember month, he allegedly approached the local thrift association, Agiga Ususu Association to collect loan to enable him buy additional Volkswagen golf car to beef up his fleet of cars.

A member of the association and close fried of the deceased who gave his name as Mike said Gabriel “had one golf car with which he was operating his business but early this year he came to us and got the sum of N600,000 (six hundred thousand naira) to add with his own and bought Volkswagen golf car.”

He said that instead of him to repay the N600,000 loan he collected from the thrift association, he went ahead and bought another golf in September to add to his fleet of cars in readiness for the December rush.

It was gathered that as a result of the rains that devastated the Ogoja –Calabar highway, there was low returns from the cars which made it impossible to keep to the terms of paying back the loan as agreed.

The association it was gathered had told him about two weeks ago that it was their tradition to share their money in the last week of November so that members can plan for Christmas which is the principal reason for the thrift and that the interest his loan accrued was N200, 000 making it a total of N800, 000 to be paid to the association.

The deceased it was gathered made several efforts to raise the money but to no avail so he called his elder brother who works in Abuja to come to his rescue, but his brother was said to have told him to tell the association that he was going to send him the money at the end of the month.

Gabriel according to sources was said to have told his brother that if he failed to respond soon, he might not meet him, a statement which the sources said irked his brother who wanted to know “where he was leaving to.”

But on Tuesday last week, Gabriel allegedly picked his machete and headed towards the backyard, when his wife asked him what he wanted to do with the machete, he reportedly told her that he wanted to clear grass at the back yard.

A neighbor who gave her name as Jacinta said, “It was there he used the sharp knife to tear his throat and started to bleed heavily. When his phone rang and his wife went it to the backyard to give to him that she saw the man on the ground bleeding and she shouted for help.”

He was rushed to the hospital but died few hours after and his body was deposited at the Ogoja General Hospital mortuary.

A police source in Ogoja Divisional Police Station said “There is more than meets the eye in that suicide case. A man with three cars and lives in his own house cannot sell one of those to pay his debts but had to cut himself with a machete. We are still investigating the matter any way”.(Vanguard report)