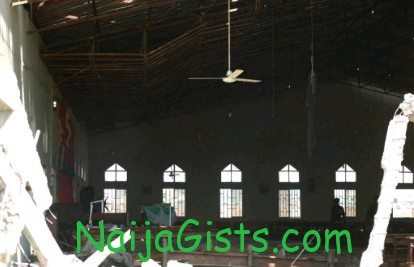 He said: “There were twin suicide bombings today at St Andrew Military Protestant Church (in the town of Jaji)”

“There were blasts today in a church inside the military barracks in Jaji (in Kaduna state). It happened after the church service”

May God deliver His people from these deadly Boko Haramists.

When oh when will these needless blood-sheds stop in Nigeria?