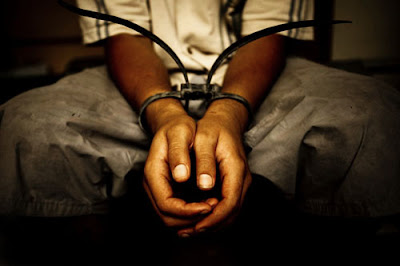 A Chief Magistrates’ Court at Karu in the FCT on Tuesday sentenced one Alimi Fatai to 12 months in prison for forging HND and NYSC certificates.

The magistrate, Mrs Hadiza Dodo, sentenced Fatai, who resides at Muran in Lagos, after he pleaded guilty to the offence of forgery.

Dodo however gave the accused an option of paying a fine of N40,000 after he pleaded for leniency.

Fatai told the court that he was forced to commit the crime in order to feed his family.

“I forged the documents so that I can feed my wife and children. I have been unable to get a job since I completed my OND 10 years ago,” the accused said.

Earlier, the prosecutor, ASP Patrick Obetta, had told the court that the accused’s case was transferred to the FCT Commissioner of Police from the Nigeria Army Corps of Engineering, Garki.

He said the accused had forged the HND and NYSC certificates, to undergo Army Cadet Direct Short Service Commission training.

Obetta said the forged documents were discovered during the screening exercise at the Nigerian Army School of Military Engineering, Makurdi in Benue on January 5.

The offence, he said, is punishable under Section 364 of the Penal Code.

The counsel to the accused, Mr Okoro Pius, had also earlier pleaded with the court on behalf of his client stating that he was “a victim of a disorganised society ridden with poverty”.
NAN