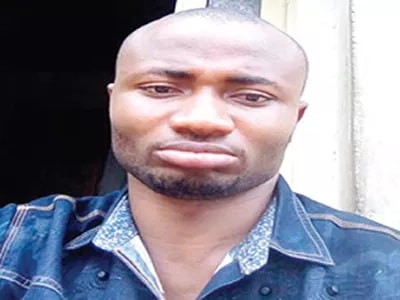 A Lagos High Court in Igbosere today sentenced one Kamoru Kushimo to 10- year imprisonment for stabbing his friend to death after an argument over who would win the 2015 general elections.

Justice Sedoten Ogunsanya found Kushimo guilty of a one-count charge of manslaughter brought against him by the Lagos State Government.

The judge held that from the evidence before her, the prosecution had proved its case beyond reasonable doubt.

The sentence takes effect from November 2014 when the defendant was remanded in prison custody.

Kushimo was arraigned on February 10, 2016 but pleaded not guilty, following which the state renewed the remand order against him.

“The trouble started when the deceased, Mubarak Salau and the defendant, his friend, argued over which political party would win the the 2015 general elections.

“The argument degenerated to a heated quarrel and the parties began exchanging insults.

“The defendant told Salau that it seemed he was so drunk that he was saying nonsense. This infuriated Salau and he ran out to get a knife to fight the defendant.

“The defendant too ran out and got a broken bottle. During the fight, the defendant stabbed Salau on the chest and back.”

The court heard that after the incident, passersby rushed Salau and Kushimo to a hospital for treatment but Salau was pronounced dead at the hospital.

“The injuries the deceased sustained as a resulted of the stab by the defendant led to his death,” Haroun said.

The prosecution also called four witnesses who corroborated the case against the defendant.

In his defence, Kushimo denied the allegations.

He told the court that he never stabbed Salau rather Salau attacked him with a knife and ran away but fell on plank and injured himself following which he died.

But Justice Ogunsanya observed that there were several inconsistencies in his defence.

The judge noted the defendant contradicted himself when he, in one breath, claimed that his friend attacked him and fled and in another said both of them fought and someone from the neighborhood separated the fight.

“The court finds that the defendant’s defence was an afterthought,” Justice Ogunsanya held.