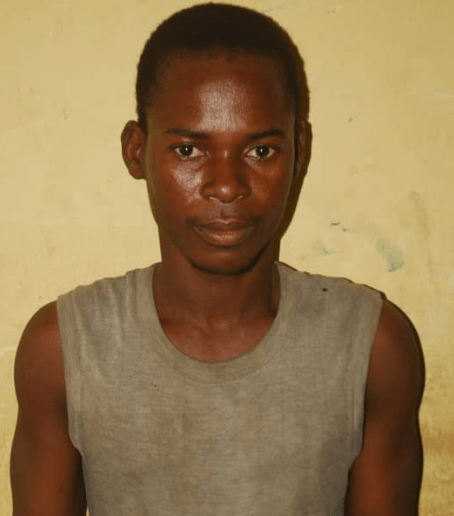 A man identified as Uwani Danjuma has killed his wife because she planned to re-marry after his death.

The incident occurred at Uddu Village in the Rijau Local Government Area of Niger state.

According to Danjuma, his wife had told him when he was sick weeks earlier that if he dies, she will re-marry another man.

Angered by those words, Danjuma attacked and killed his wife with a cutlass after he got well.

Confessing to the crime, the suspect said his wife was sleeping when he carried out his heinous crime saying he purposely killed his wife because of her comment to him.

“I can’t imagine my own wife telling me that if I died, she will remarry. I lost my temper and inflicted injuries on her neck with machete which led to her death.”

“I am not regretting killing her since she wanted me to die, I killed her so that she will not remarry. She should not have said that to my hearing, there is power in the spoken words; so let her go. Allah will send her to hell fire for that unguarded comment.”

The Police Public Relations, in the state, Mohammad Abubakar, said the suspect was arrested based on tip off adding that he had confessed to the crime

Abubakar said the injury Danjuna inflicted on the neck of deceased led to her death adding that the suspect will still be charged to court.