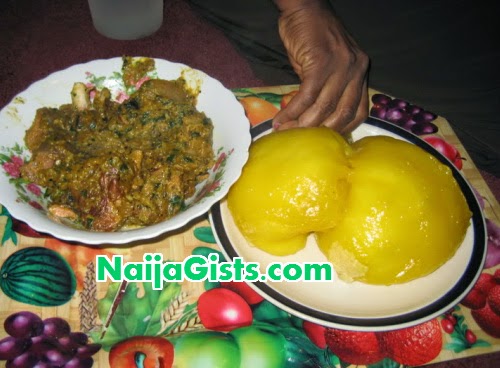 A 57-year-old identified as Sunday Osemwekhe is currently awaiting trial for the alleged murder of his half brother in Edo State.

Sunday reportedly committed the offence at Evboesi village in Orhionmwon LGA of the state during a fight that broke out over Owoh soup, a delicacy for eating plantain, wheat and yam in Edo State.

The suspect told police his younger brother took his Owoh soup without permission and after an argument broke out into fight, he reportedly cut off his hand with a machete.

The victims died few days later from an infection caused by the machete attack.

This is what poverty can cause. If they had plenty Owoh soup, this wouldn’t have happened