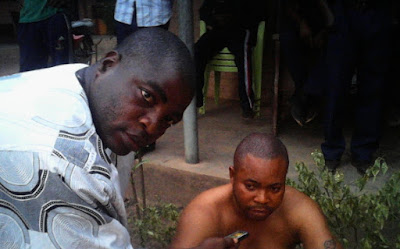 DSP Idrissu Kenedy, the Command’s Spokesman, disclosed this to the NAN today in Lafia.

Kenedy said that the suspect was arrested following a report to the police by the father of the deceased, Joshua Ebini, on the disappearance of his son on Oct. 10.

He said that information from the suspect led to the arrest of three other suspects while a fourth accomplice to the alleged crime was still at large.

Kenedy said the suspects, during interrogation, confessed to the crime with each of them narrating his level of involvement.

According to the spokesman, the prime suspect, Ishaya, confessed to have lured the boy away from the father’s house on a motorbike to a forest and killed him with a stick.

Ishaya confessed that he removed the seven-year-old boy’s genital and right buttock as requested by his collaborators.

The spokesman said investigation revealed that the whole ideal was muted by Aderogba Tunde.

He said that Tunde made another suspect, Isah Ogah, to believe that his aged father in Ogbomosho, Oyo State, had the power to make money ritual provided they could provide some human parts.

“Isah claimed not to be interested in taking human life in order to make money, but contacted Yohanna Ibaku, who brought Emmanuel Ishaya, the prime suspect, into the deal,” Idrissu said.

He said the remains of the deceased were recovered from where they were dumped and buried by the family.

Kenedy said that the police was on the trail of the other suspects and that all the suspects would be prosecuted as soon as investigation was concluded on the matter. (NAN)