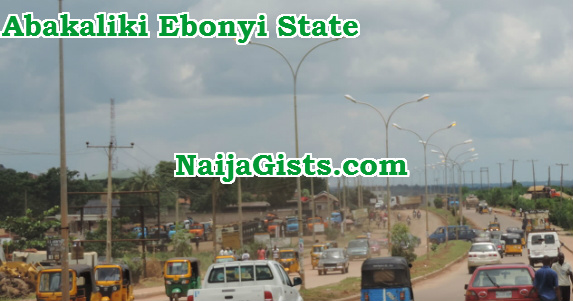 Ekene Ezeogo, a 28-year-old man has committed suicide in Ebonyi, after he allegedly beat his mother, Mary, to death.

Eye witnesses told the NAN that Ekene killed his mother in cold blood at the family house at No. 24, Agbaja Road, Abakaliki.

Ekene’s elder brother, Chidi, who confirmed the incident, told NAN that Ekene killed their mother when she was trying to settle a fight between Ekene and his younger sister.

“Ekene drank three bottles of rat poison in an uncompleted building at Onuebo area of Abakaliki after the dastardly act.

“After killing our mother, he drove his motorcycle to the central police station, Abakaliki and reported the matter.

“He, however, fled the station when the police wanted to arrest him and ran to the uncompleted building where he drank the poison,” he said.

Chidi said that Ekene was rushed to the emergency unit of the Federal Teaching Hospital, Abakaliki, where he eventually died.

Mr Sunday Chinedu, a tenant in the Ezeogo’s family house, collaborated the story, saying that occupants in the house helped rush Ekene to the hospital.

Chief Silas Aliede, a community leader in the area, said, “the whole community is still in shock over the incident.

“I will not say much for now except that the elders and community leaders would meet to review the situation and know the next step to take.”