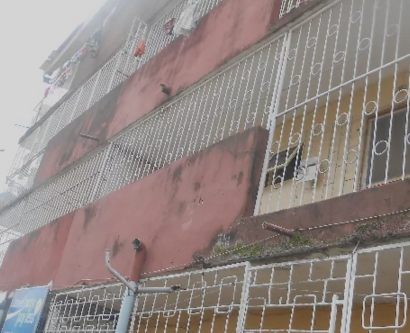 Lagos State Police detectives have launched a manhunt for an unidentified young man who allegedly murdered his heavily pregnant girlfriend in Festac area of Lagos on Christmas day.

According to Lagos Police PPRO Joe Offor, the suspect reportedly stabbed his girlfriend, 21-year-old Cecilia Joseph on the neck on Christmas day as a revenge after she (Cecelia) stabbed him in the tummy.

The victim was said to have bled to death on the spot.

The suspect was said to have fled to Benin republic with the help of friends in a desperate bid to escape justice in Nigeria.

The remains of Cecilia has been taken to Isolo Hospital morgue for autopsy.