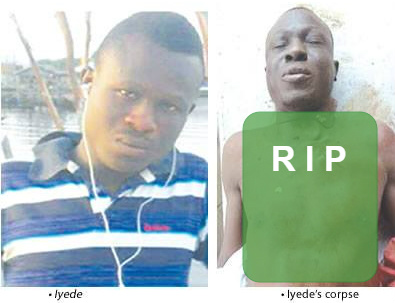 September 21, 2016 – Tragedy As 3 Friends Stab Kill Man Over His Girlfriend In Delta State

25-year-old Iyede Matthew was stabbed to death by 3 men following a disagreement over his girlfriend at a bar in Ethiope East LGA of Delta State on Sunday.

According to the brother of the victim, the deceased was killed at a plaza close to Delta State University.

The names of Iyede’s killers have been submitted to the police.

Importation Of Fake Drugs Into Nigeria: Many Lives At Risk As NAFDAC Falls For Counterfeiters
JSS 1 Student, 12-Year-Old Boy Hangs Himself At Uncle’s House In Warri