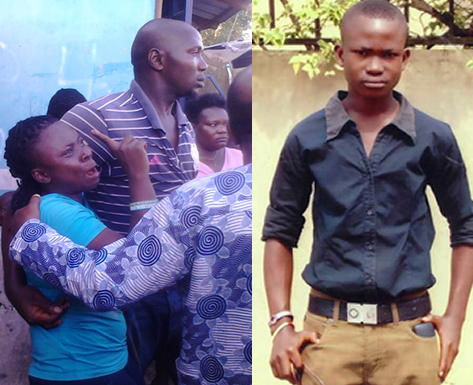 A JSS 1 student has reportedly committed suicide at Ugbuwangue area of Warri metropolis in Delta State.

The boy, identified simply as 12-year-old Godwin, was said to be living with his paternal Uncle, Mr. Okotie- Eboh, prior to the incident last Saturday.

It was learnt that the victim was found dead inside his room by the housemaid.

The maid also discovered the rope which Godwin used to hang his neck attached to a window protector. A witness said the maid discovered the body when one of their neighbours told her after she returned from an errand that Godwin unusually refused to answer his calls to help him with the washing of his car.

“While looking for Godwin to convey the neighbour’s message to him that the maid saw his body, with his tongue and mouth widely opened,” the witness said.

It was also learnt that the maid screamed which attracted the neighbours who called Okotie- Eboh and his wife.

Okotie-Eboh, a source said, called his wife’s younger sister’s husband to drive him to the police station to make a report.

Man Murdered By Friends Over His Girlfriend In Delta state
Photo: Native Doctor Caught With Human Skull Says His Charm Has Travelled