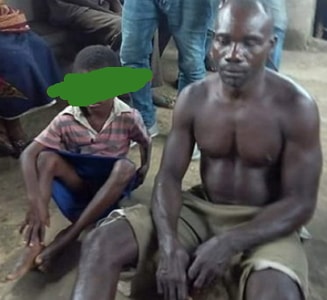 A court in Ikeja today remanded one Ademola Ojomu in prison custody over alleged rape of his wife’s younger sister.

The Chief Magistrate, Mr P. E. Nwaka, ordered Ojomu, 32, to be remanded in Kirikiri Prisons, while the case file was sent to the Director of Public Prosecutions for advice.

Nwaka adjourned the case until June 26 for mention.

The accused, who resides at No 10, Albert St., Palmgroove, Lagos, is being tried for rape.

Earlier, the Prosecutor, Insp. Christopher John, told the court that the accused committed the offence sometime in 2016 at his residence.

He said that the victim had been staying with her sister and her husband since 2016 and that the accused had been having sexual intercourse with the 15-year-old girl since then.

“Ojomu had been sexually assaulting the girl on different occasions whenever his wife was not around, raping her.

“The case was reported at the police station and the accused was arrested for questioning,’’the prosecutor said.

NAN reports that the offence contravenes Section 260 of the Criminal Law of Lagos State, 2015.

Continue Reading
You may also like...
Related Topics:man, sister, wife