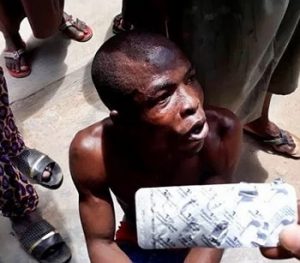 A man caused a mild scene in Surulere Lagos over the weekend when he suddenly started behaving strangely on arrival at his girlfriend’s place.

The unidentified man who has since recovered reportedly took 7 tablets of 200mg Tramadol in order to enhance his performance in bed shortly before arriving at his girlfriend’s home on Sunday.

However, his plan to give her the surprise of her life turned into a disaster when he suddenly lost his mind.

He was bundled up  when his girlfriend raised an alarm. 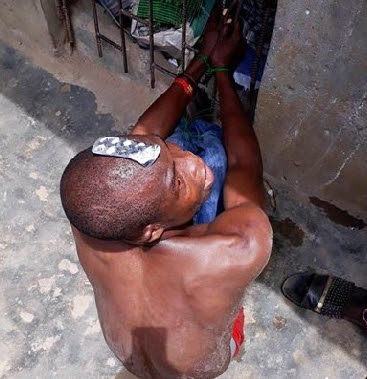 They tied him up, poured water on him and fed him with soaked Garri to bring him back from his excited state.

He was later taken to the General Hospital where he was treated and released.

Tramadol abuse is gradually becoming an epidemic in Nigeria.

A student recently died after taking Tramadol overdose to enhance his performance during an inter-house sport in Abia state.