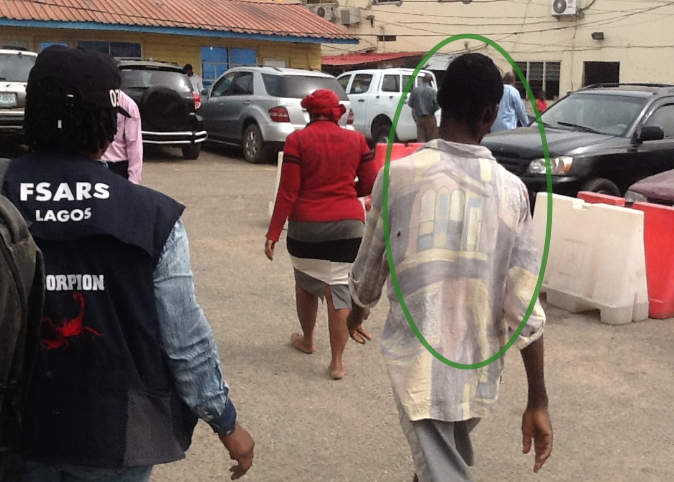 A man identified as Kingsley Oriaku, has been arrested by the police for selling his one-year-old daughter, Nkechi, for N190, 000 to bury his mother-in-law.

It was gathered that  the 37-year-old suspect also abducted and sold his neighbour’s seven-year-old kid for N120,000.

Oriaku reportedly sold both kids at a fake Orphanage Home in Abia State.

He told his neighbour that he wanted to buy something for the child before fleeing with him.

Police said the suspect admitted to the crime, adding that he claimed he was confused and frustrated.

In his confessional statement, Oriaku said:

“I know that what I did was not good but then I was confused and frustrated.

“My wife is the first and only daughter and when her mother died sometime in September my in-laws gave me an outrageous bill.

“Not knowing what to do, I took my daughter and handed her over to the owner of an orphanage home. I got to know her through one of my friends. She told me that she runs an orphanage and that she buys children who do not have parents.

“I remembered her when I had problem with raising money for my in-law’s burial.

“I later had problem with my wife when she found out that I left town with our child. She reported me to the police at Meiran. At the station, I admitted selling off our daughter. We later settled the matter between us.

“Two days later, I tricked my neighbour’s son, Gabriel with sweet, into following me out one evening.

Immediately we left our house at Meiran, I headed to the motor park where I boarded a mid-night vehicle to Abia.

“I called the owner of the orphanage before I left Lagos with my neighbour’s son. We had agreed that she would pay me N190,000 but surprisingly when I got to Umuahia, Abia State, she said she can only pay me N120,000 for the boy.”

Lagos State Police Commissioner, Imohimi Edgal, said it was a clear case of abduction and child theft, adding that the police followed a report of missing child filed by one Olabisi Yanga in October.

[By Precious Igbonwelundu, The Nation]