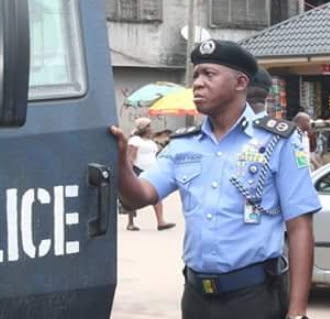 A Policeman identified as Goodluck Mark attached to Abia State Police Command has been arrested over his involvement in child trafficking.

Sergeant Mark, a prominent Evangelist of the Church of Christ, Seventh Day Adventist, Osaa-Ukwu, Obingwa local government area of the state, was arrested by the village vigilante who handed him over to the police.

He was subsequently detained at D7 in Umuahia, the state capital.

The policeman was also accused of collecting N600, 000 from the sale of a child to unknown buyer.

A source from Osaa-ukwu expressed shock at the release of the embattled policeman, saying “most of us were surprised.”

“Even me I was shocked. What happened was that some time ago, that was last month. A certain woman from my community connived with one man who owns a maternity home to sell her own baby for N600,000. Unfortunately they were caught by the community youth/vigilante group.

“The vigilante decided that they should be handed over to the police as the law demands. One of our brothers whom we know as a police officer was called upon to take the suspects into police station and register the case.

“The money realized from their dubious sale was dug out from ground where they buried it and handed the over to the officer as evidence. Instead of him to follow the law and take the suspects into custody, the officer decided to take the suspects to police station and allowed the two men involved to run away and warned them never to return to the community.

“He also beat and threatened the child’s mother whom he also released. Some days later when the news of what happened got to the community, the community invited the police personnel and arrested him. He was later taken to D7 in Umuahia.”