A 60-year-old man who allegedly attacked a Village head in Lagos last week has appeared in court.

The accused Samson Tueei, a resident of Sore village on Takwa Bay Island allegedly used a saw to slash the stomach of a village head around 7:45pm on the 19th of July 2018 after a dispute between them on who should be the leader of the community.

When the stool was given to the victim, Gani Thomas, Tueei out of jealousy used saw to stab him on the stomach.

He appeared in court today and was granted bail in the sum of N200,000 with two sureties in like sum after pleading not guilty to the offence. 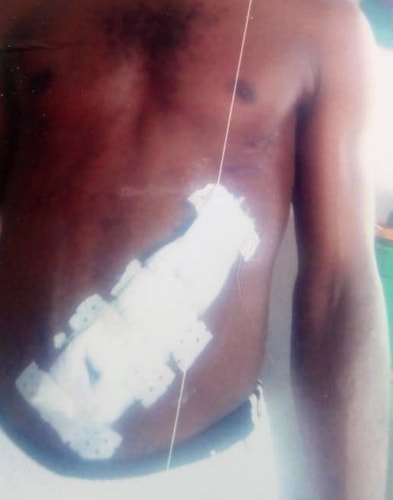