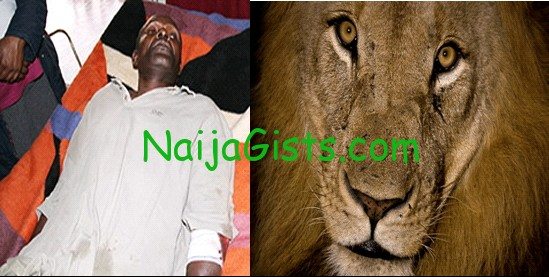 A farmer in Zimbabwe has survived a face to face encounter with a lion.

Joel Ngwenya was attacked by a lioness while working on his farm.

Before the encounter, lions had been spotted preying on his livestock.

“The lioness looked straight into my eyes, staring and roaring,” Ngwenya declared on hospital bed.

It pinned him down with its claws and continued staring at him “face to face,” he said. The lioness briefly moved away toward a lion cub then turned back on him.

He regained consciousness, realizing “it just left me lying down and went away,” stated the farmer. (Timeslive)