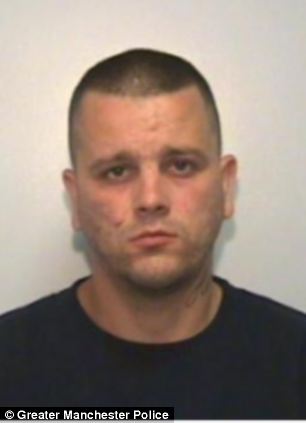 Nemesis has caught up with a serial sex offender named Richard Thomas.
The 27-year-old criminal was arrested in Manchester for allegedly raping a woman.

Police informed Thomas the woman he raped is an HIV positive patient, a report that caused him to collapse before being resuscitated.

According to prosecutors, he forced himself into the victim’s home at midnight and she got up to find him raping her.

The HIV positive woman froze and didn’t utter a word.

Richard Thomas who showed no remorse for his actions only pulled up his pant and left.

Police later arrest him and during the interview he said he had been drinking heavily, taken cocaine and ecstasy and could not recall the incident.

He will not find out the result of his HIV test until Friday, so he now has the worry of the outcome hanging over him.

‘It is his own fault, if he had not committed this offence he would not have placed himself in this position.’ his lawyer said.