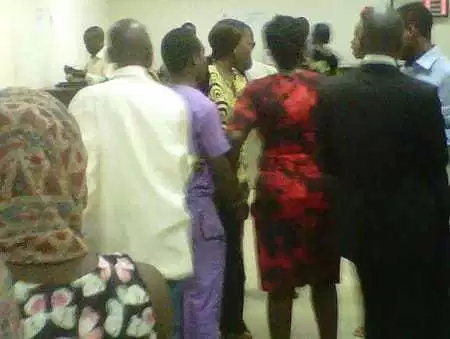 A thief who allegedly robbed his fellow church member of her expensive gadgets has been arrested.

The suspect whose name was not disclosed was nabbed at an undisclosed bank in Ibadan yesterday when his victim identified him.

It happened that the woman trusted him and gave him her iPad, iPhone and Blackberry to charge during a church service.

The boss woman reportedly left the scene to another spot and upon returning, she noticed that the young man had fled with her expensive gadgets.

She reported the matter to her pastor and was chastised for been too careless with her possession. 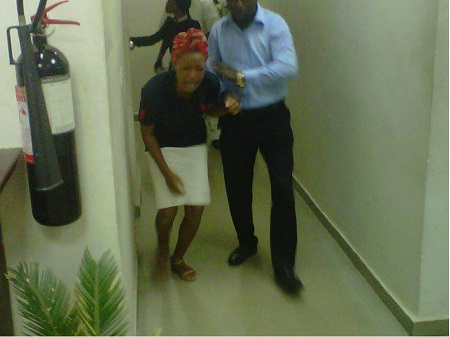 To cut the long story short, she met him at a banking hall in Ibadan on Friday and slapped the hell out of him before attracting the attention of others.

Few minutes later, the bank management called the attention of police to the matter and the suspect was immediately arrested. 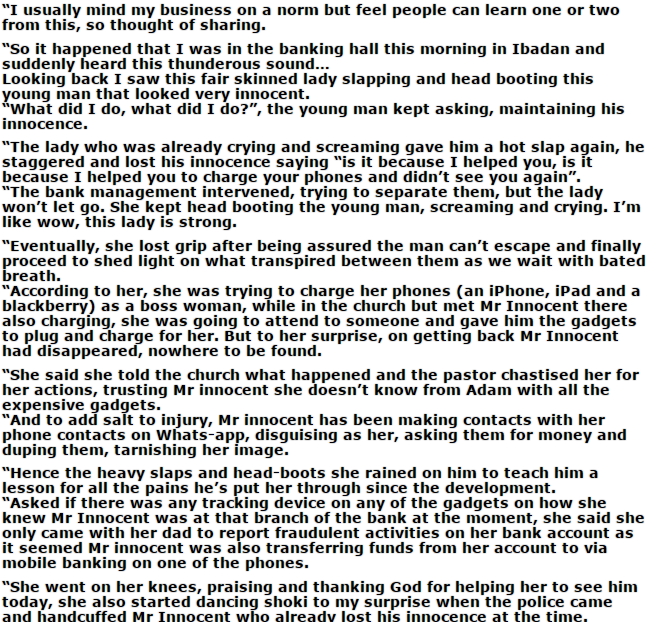