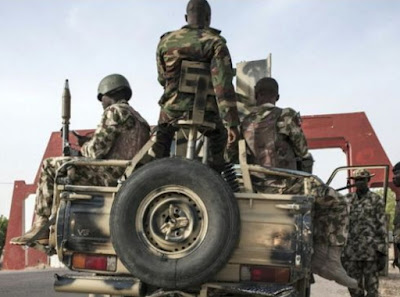 Pictured here is a young male terrorist on a suicide bomber in Adamawa state today.

He was gunned down by vigilant troops of Operation Lafiya Dole early this morning along Madagali Limankara road in Adamawa.

According to military report, he was ordered to stop while approaching the troop but was gunned down when he failed to stop. 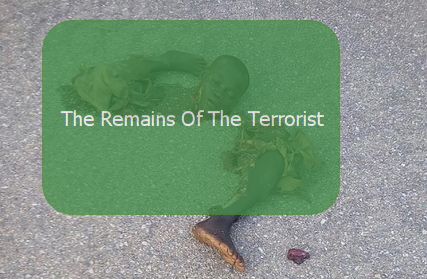 The accurate gunshot reportedly detonated his suicide vest and blow him into pieces.