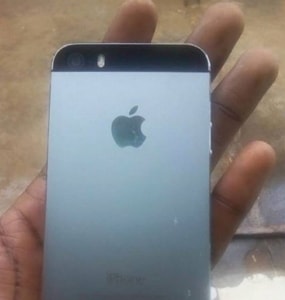 A man identified as Olumide Kolawole, who allegedly stole two phones valued at N379,000 at the Muritala Muhammed International Airport, on Tuesday appeared in an Ikeja Magistrates’ Court.

41-year-old Kolawole whose address was not provided, is facing a two-count charge bordering on stealing.

The prosecution alleged that the accused stole an iPhone valued at N325, 000 and an Infinix phone valued at N54, 000, property of the complainant, Mr Samuel Orimoloye.

According to the Police Prosecutor, Insp. Vincent Atagamen, the accused committed the offences on March 31 at the Departure Hall of the airport.

Atagamen said the accused, who was said to have unlawfully gained entry into the Departure Hall which is a restricted area, stole the two phones which the complainant forgot in the toilet.

“The complainant escorted his mother to the airport and forgot his phones after using the toilet.

“The accused stole the phones and took it to Computer Village for sale.

“”The accused was caught after he was unable to unlock the iPhone. The buyer suspected that the phones must have been stolen and alerted the police,” Atagamen said.

The offence contravened Section 287 of the Criminal Law of Lagos State 2015. (Revised)

The Magistrate, Mrs E. Kubeinje, granted the accused bail in the sum of N100, 000 with one surety in like sum.

Kubeinje said the surety should be gainfully employed with an evidence of two years tax payment to the Lagos State Government.

She adjourned the case until June 16.