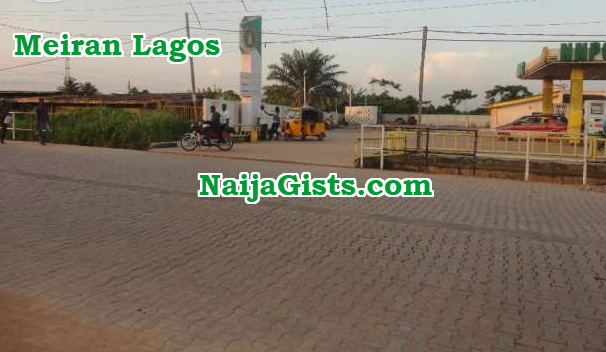 A building engineer simply identified as Ogundare is clinging to life at the hospital after he allegedly poisoned himself after killing his lover and rival.

The jilted engineer reportedly attacked the divorced beer parlour operator popularly called Iya Corner (real names Oriyomi Folarin) when he saw her chatting with a rival, a socialite identified as Akinade Omole aka Currency over the weekend.

We learnt that the married engineer opened the beer parlour shop for the woman after renting an apartment for her in Agbado area of Ogun state.

Around 9am on Sunday, Engineer Ogundare reportedly stormed Iya Corner’s shop with a gallon filled with petrol.

He poured it on the woman and his rival and set them ablaze.

Before help could arrive, the duo had suffered serious burns.

They died of their injuries at the hospital on Monday.

On hearing of their deaths, Ogundare reportedly poisoned himself.

Continue Reading
You may also like...
Related Topics:engineer, kill, lovers, poison, self