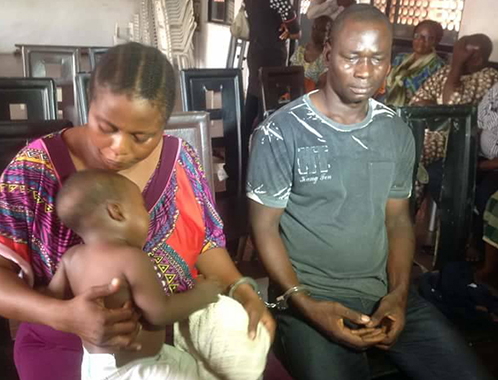 A desperate woman identified as Zainab Salisu, who allegedly stole 12-month-old Feyitola Lawal right under her mother’s nose at the Abule-Egba area of Lagos State two weeks ago, has given reasons for her action. Aside from Feyitola, police also rescued a baby boy from Salisu’s home. Salisu had already changed Feyitola’s name to Kehinde; while she renamed the baby boy Taiye. The boy’s real name, however, is Philip. 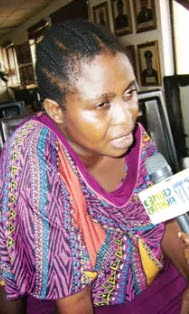 She admitted stealing Feyitola, but denied stealing Philip. She insisted that Philip was the son of her brother. Police believed Philip was stolen. The police are trying to locate Salisu’s ‘supposed brother.’

The suspect claimed that her brother handed Philip to her after his wife died. She explained that she stole Feyitola because she wanted to provide twins to her lover, Saheed Akinwale (42). Akinwale is a married man, who has three kids.

Salisu said she was pregnant but later had miscarriage when the pregnancy was six months, but because she wanted to have a baby for Akinwale, she pretended she was still pregnant. One day, she told Akinwale that she wanted to go to the United States to have the baby.

She told him that scan already showed that she was carrying twins.

Akinwale gave her N250,000 as his support to her travel arrangement. On the day she was supposed to leave for the US, Akinwale took her to the airport. She said: “Immediately he dropped me at the airport and drove off, I went back home. I live at Sango-Ota.”

Keeping to the game, Salisu started calling Akinwale with private number, to show she was in the United States.

Almost a year later; she ‘returned from USA’ with a baby boy and a girl. She called them Kehinde (Feyitola) and Taiye (Philip). She presented the babies to Akinwale as his. Akinwale bought the story hook, line and sinker until Tuesday when he received a call from a policeman. Akinwale said: “I’m a mechanic. The policeman said someone came to the station to report me that he was having problem with a car I fixed.

I knew I hadn’t done anything wrong, I told them that I would be coming to the station. They told me to meet them at Ogba Police Station on Wednesday. When I was leaving for the station, I innocently asked Zenab to follow me.

I didn’t know she was the one policemen actually wanted. When we got there, they arrested both of us. It was there I heard the stories of the stolen child. I didn’t know anything about this crime.