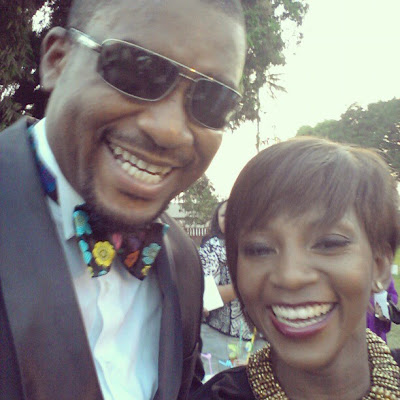 For those who do not know him, Nigerian actor Chidi Mokeme married his fiancee Jane Chinwe Olumba in a glamorous wedding setting on April 28, 2012 in Lagos Nigeria.

The actor who glam Nollywood’s 20th birthday party with other colleagues shared the above picture on his Twitter page with a sweet caption.

Chidi Mokeme confessed Genevieve Nnaji made him to have a gizgiz feeling on Sunday at the aforementioned party that took place in Marina, Lagos.

Read his confession below

Which kind gizgiz feelings is a married man having for another woman?

What happened to his wife…. Before he know what’s happening madam go vex for house. Some men sha na wa o.