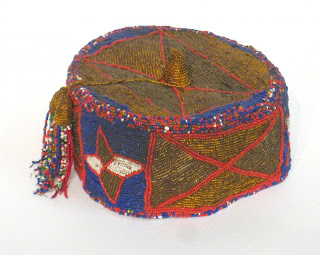 There was a mild drama on Tuesday at Ota High Court, Ota, Ogun State, southwest Nigeria when the police stormed the court and arrested Oba Fatai Alani Matanmi of Ijokoland, Ogun State, as he was driving out of the court.

According to an eyewitness, who craved for anonymity, as soon as Oba Matanmi drove out of the court, a pickup Hilux van marked AE 269 SMK, blocked the Oba’s car and arrested him with four other people. The leader of the police team who carried out the arrest identified himself as ASP Usman Garba, claiming they came from the Police Force Headquarters, Abuja and they were from the Inspector-General of Police monitoring team. P.M.NEWS gathered that Oba Matanmi and his chiefs were taken to Ota Area Command where two of them were released, while Oba Matanmi was transferred to Eleweran Police Command, Abeokuta.

At Eleweran Police Command, ASP Garba allegedly told Barrister Jane Oluwaseyi that they were acting on the advice of the Directorate of Public Prosecution, DPP, Ogun State, in a case of murder and kidnapping that occurred on 27 April, 2010.

Garba reportedly told Barrister Jane Oluwaseyi that he had completed his work and handed over the case to Ogun State Police Command for prosecution.

P.M.NEWS learnt that when Barrister Oluwaseyi enquired from the Commissioner of Police, Ogun State Command, if he was aware of the case, the CP denied any knowledge of the matter.

The CP reportedly said the police team from Abuja might have brought the Oba and chiefs to the police command pending the time they would be taken to Abuja.

Barrister O.A. Fatoki, the lead counsel to Oba Matanmi, also went to the office of the DPP where he was also told that the ministry did not give any advice to prosecute Oba Matanmi.

According to the DPP, when it requested for the case file, the police refused to give it to them. Consequently, the case was struck out.

On Thursday, 28 February, 2013, Oba Matanmi got a judgement in suit number MT/142/2010 against the Inspector-General of Police, Ogun State Commissioner of Police and three others that he cannot be arrested, detained or harassed in connection with the crisis that took place on 27 April, 2010.

The judge said Oba Matanmi and his chiefs were in High Court 4 and 3 respectively on the day of the crisis and they could not be linked with the murder.

ASP Garba, however, claimed ignorance of the court judgment restraining the IG, CP and three others from arresting Oba Mantanmi.

Meanwhile, P.M.NEWS learnt that Oba Matanmi was in the court over the appeal filed by Lasisi Kolapo Ogunseye, who is contending the throne of Oba at Ijokoland, for contempt of court.

Ogunseye was earlier found guilty for contempt of court and was subsequently sentenced to 60 days imprisonment. But Ogunseye appealed against the judgment which came up at the court on Tuesday.

Though Ogunseye was absent in court, his counsel, Barrister Olarewaju Ayedun, represented him and was told by the trial judge, Justice Mobolaji Ojo, that Ogunseye has lost his right to be absent for the case.

The trial judged explained that since he was convicted for the contempt charges against him, Ogunseye must be present at the next trial which was fixed for 13 March, 2013.

Justice Mobolaji also gave a fresh order that Ogunseye must be arrested and taken to the prison if he fails to obey  the court order. (PM news)