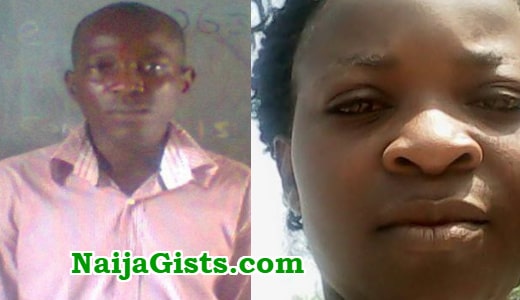 A Federal High Court in Ado-Ekiti today sentenced a man, Ayan Olubunmi, to 2 years imprisonment for posting nude pictures of his ex-lover, Asare Monica on the social media.

Justice Taiwo Taiwo in his judgment also imposed a fine of N500,000 besides the two-year jail. He held that Ayan was found guilty of violating Section 24 (1) of the Cyber Crime Act 2015

The judge ruled that the jail term takes immediate effect adding that he was lenient on the convict as maximum punishment for the office is three years in jail and a fine of N7 million according to the Cyber Crime Act.

Justice Taiwo noted that the court tempered justice with mercy because of the plea of the convict’s counsel that he is a first offender and a family man.

In the suit marked FHC/AD/17/C/2017 was between the Attorney General of the Federation (AGF) and Ayan Olubunmi .

Counsel to the AGF, Mrs. O. Oyewole, had told the court that Ayan had threatened to post nude photos of his ex-girlfriend, Monica on the social media in 2017 when the woman signified her intent to withdraw from the love affair.

Mrs. Oyewole disclosed that Monica, a single lady, had pleaded with Ayan, who is married with children not to carry out the threat with the convict demanding N200,000 from her so as not to release her nude photos to the outside world.

The convict eventually uploaded Monica’s nude photos on various social media platforms when the lady could not pay him the N200,000 demanded.

Justice Taiwo found Ayan guilty of the crime on the strength of the overwhelming evidence placed before the court.

“I find the act of the accused person highly disgraceful, very despicable and barbaric to say the least.

“He has behaved true to the saying that hells knows no fury than a lover’s scorn. I must say that the defendant who has a wife and children at home could find it easy to demean and embarrass a woman who was having an amorous affair with him.

“Justice in this case demands that people like the convict should be taught a lesson that would serve as a deterrent to others who may like to behave in such manner.

“It is an act of meanness to attempt to, if he has not already tarnished the image and reputation of Asare Monica. The world has become a global village with the emergence of social media, who knows who would have seen the nude pictures?.

“Under no circumstance must Asare Monica or any member of her family or relatives should be harassed by anyone. I therefore charge the police to arrest anyone found harassing Monica or any of her relatives.”