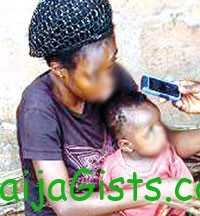 May 29, 2012 – Tension mounts in Opi, Nsukka Local Government Area, Enugu State as masquerades took turn in the series of rape stories synonymous with the community. The alleged rape of a female student, Ngozika Ugwu, presented mixed feelings and reactions to what may have bedevilled the community in the recent past.

Rape stories in Opi, a community in the university town of Nsukka, have occupied major national dailies, hitting banner headlines, from the three quarters that make up the community, Idi, Ogbozalla and Ibeku.

In 2011, the story of the rape of women between 70 and 80 years spread like wild fire in the country, raising eyebrows on the motive for such inhuman and barbaric act by, especially, youths of the community. Some of them were fingered and allegedly arrested, interrogated by the police but could not be persecuted because of want of evidence. 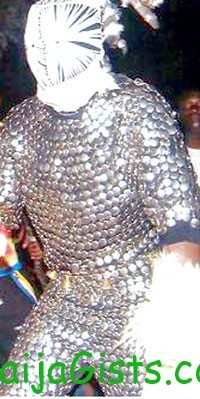 Following this development, Ada Enugu Women Organisation led by Mrs. Kate Ezeofor stormed the community for a church service at St. Charles Catholic Church parish, Opi to cleanse the land and the old women that were defiled.

Few months later, Opi women took to the streets in protest of yet another rape at Ogbozalla–Opi. The protest attracted the quick intervention of the Chairman, Nsukka Local Government Council, Mr. Tony Ugwu who invited all the stakeholders in the community to discuss the ugly development and proffer solutions. Though it was later discovered that the protest had political undertone, the council boss brokered peace to the satisfaction of all.

Barely few months of enjoying peace in the area, masquerades took turn in the series of rape stories in the community by defiling a 28-year-old undergraduate nursing mother. The victim told Crime Alert in tears that the trauma of the rape will forever live with her but stated that she had forgiven the rapists.

While narrating her ordeal, she appealed to local, state and federal governments to ensure that truth prevails in this country by fighting for the poor masses. Ngozi, who dropped out from her NCE programme at the Enugu State College of Education (Technical)due to lack of funds after her ordeal, called on concerned Nigerians to come to her aid to enable her go back to school.

She also hinted that the release of one of the suspects on the flimsy excuse that he was going to write his JAMB examination was not encouraging, attributing it to the fact that her family is poor and helpless.

The masquerade emerged from a corner (apiam way) and pushed me into the building where I was running to. I tried to escape but could not. It caught up with me and started beating me. What surprised me was that the masquerade said it has been looking for me for long and had now caught up with me. I sought to know what I did to deserve such treatment and at the same time pleading for forgiveness but it continued with its threat.

This time, it swore to take me to a bigger masquerade inside the forest, saying it has been long I had been insulting them. My cries for help and that I was a nursing a baby fell on deaf ears. As the masquerade was dragging me along, a man with wrapper came and pleaded with the masquerade to leave me but it refused, saying that I have insulted them for too long. It insisted on taking me to the bigger masquerade which will compel my clan to bring a cow as sacrifice.

All my pleadings with the man who came to my rescue failed. The masquerade dragged me to a bush path,threw me on the ground fell on me. It held me on the neck to prevent me from shouting and blocked both my eyes and nose. At this stage, I nearly lost consciousness until one man came and rescued me from its grip. He removed the face of the masquerade and that was how he was identified. As soon as he was identified, he ran away.

More people gathered there and helped to take me where I was given first aid treatment at a chemist before I was taken to St. Joseph Hospital, Opi. I didn’t know when I was taken to the hospital. When I started gaining consciousness, I did not see my pant and my bra was torn. It was then I realised that the masquerade raped me. Fear gripped me that the masquerade may have transmitted HIV/AIDS into me.

Doctor’s report altered
We went to Nsukka police station and reported the incident. I was surprised that police did not come to the scene of the incident to investigate my claims. What the police did was to take me to a police doctor, Mercy Clinic along University Market Road, Nsukka. It is surprising that a doctor will give evidence against me in a case of rape I reported. Later, police invited me to their office for interrogation.

When I tried to give details of what happened, they shouted that I should shut up and go straight to speak on the doctor’s findings on the case. Surprisingly, the Police asked me to write a letter of apology claiming that the doctor’s report said I was not raped. I did not read the report nor see it. I was forced to write an apology by the police.

While all these were happening, no police officer came to the hospital to take my statement. All the time, nurses would remove drips from my hand so that I would go to the police station to honour their invitation. The masquerade was allegedly arrested and hurriedly released on the flimsy excuse that he was going to write JAMB exams.

Pleas for forgiveness
While I was still recuperating, the mother of the suspected person in the masquerade came and pleaded that his son should be forgiven. I told his mother that I have forgiven him. What annoyed me most was that some of his relations which included a policeman that works in Enugu, returned home and instead of sympathizing with me, they took sides in favor of their brother. At a stage, I was forced to go to the police station to close the case.

No refund of expenditure
The police said that I should not be paid what my family spent in the case and that the family of the suspect should only pay for my hospital bill. The rapist family paid the hospital bill grudgingly. Later, the police invited us again and this time, they asked me to write that I was not raped and I was forced to write that I was not raped. The boy who raped me gave police his name as Asogwa Ifeanyi but people who knew him said, his real names are Ugwunshi Ifeanyi.

The police did not also make efforts to invite the witness in the case while the investigation was going on rather, after they concluded that I was not raped, they tried to invite him but he ignored them.

My Education
I dropped out from Enugu state college of education (Technical) due to lack of fund. I was a second year student when I dropped. I entered the tertiary institution in 2007/2008 session. For now, it is very difficult to continue with my education after all I have gone through. My father is a mason (Brick layer) at Uzo-Uwani L.G.A, Enugu State. We are five children born to my father and mother.

I am the only daughter.
Police reacts when Crime Alert visited Nsukka Police station, it was gathered that the incumbent Divisional police officer had not assumed office when the matter was incidented but a senior police officer who pleaded anonymity disclosed that a case of assault, occasioning harm was reported at the station but not rape as claimed by the lady stating that the people of the area are very troublesome. “Any small thing in the area, they will term it rape and rush to the press. You can trace the lady to Opi and find out from her, all that was reported is a case of assault occasioning harm.”

Police Doctor speaks
The police doctor, Dr. Ugwu who reportedly examined Ngozika told Crime Alert that he can’t remember such a matter any longer. “I meet different cases and patients on daily basis. Give me sometime to get across to the police to find out the very incident”.

Elders action
Investigations by Crime Alert revealed that the elders in the community, on hearing the rape story, took action by banning masquerades from operating in the area regretting that youths cashed on masquerade which are meant for entertainment to perpetuate all sorts of evil, painting the community in a bad public image. They also reportedly resolved that the family of the masquerade rapist must bring a cow to cleanse the land, or else they will be ostracized.(credit: vanguardngr)