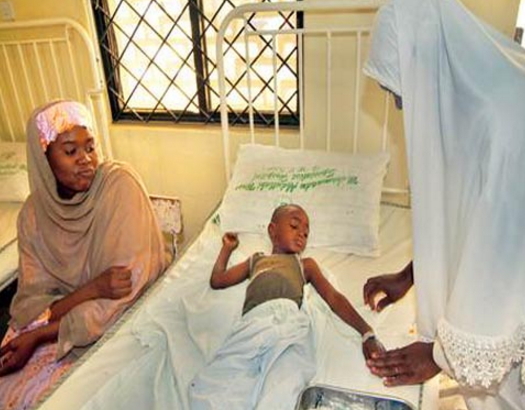 Outbreak of measles in the four Area Councils of the Federal Capital Territory (FCT) has claimed the lives of 10 children. The Executive Secretary of FCT Administration Primary Health Services, Rilwan Mohammed, disclosed this in Abuja at a press briefing to announce this year’s follow-up measles vaccination which kicks off on November 21.

Mohammed said the 10 deaths were recorded at an Internally Displaced Persons (IDPs) camp in Wasa, Abuja Municipal Area Council (AMAC). He said the 10 children were from the 20 cases recorded so far from the four Area Councils – AMAC, Abaji, Bwari and Gwagwalada.

The World Health Organisation (WHO) said Africa had the largest deaths from measles and that Nigeria accounted for the largest share. The Executive Secretary, who spoke through the Deputy Director, Health Education and Promotion, Hajia Nana Yusuf, said the forthcoming follow-up vaccination exercise was targeted at reaching 100 per cent of the children in the FCT.

Mohammed said the last exercise in 2013 was able to reach only 65 per cent owing to poor awareness, cultural and religious bias which prevented many mothers from making their children available for vaccination.

He said: “Measles is a killer disease responsible for the deaths of thousands of Nigerian children every year.

Measles vaccination campaign will start in the FCT from November 21 to 25. Take your children aged nine months to five years to the health centre or vaccination post nearest to you to be vaccinated even if they have been vaccinated before.”

Continue Reading
You may also like...
Related Topics:abuja, measles outbreak