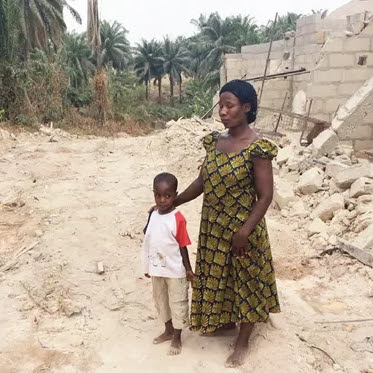 The men were accused of demolishing a building belonging to a widow, Mrs. Victoria Kalu, of Amangwu Edda autonomous community in Afikpo South Local Government Area.

Ekumankama, the town union president of the community, Ama and others at large were said to have demolished the widow’s building on February 19 and were arrested by the state police in connection with the matter.

Yesterday, they made their first appearance in Magistrates’ Court 2 on a two-count charge of conspiracy, rioting and demolition of a house belonging to the widow, which was built for her by her stepson, Nnachi Agha, valued at N9 million.

After the charges were read to the accused, their counsel, E. Ogban, applied for bail on liberal terms as the offence, according to him, was not a capital offence.

In his ruling, the chief magistrate, Nnachi Olughu, noted that the court lacked the jurisdiction to entertain the matter as it was a case of riotous assembly which had life jail as penalty and ordered that the accused be remanded in prison custody.

He directed the police to send the case file and exhibits to the Director of Public Prosecution (DPP) and adjourned the matter till July 8.