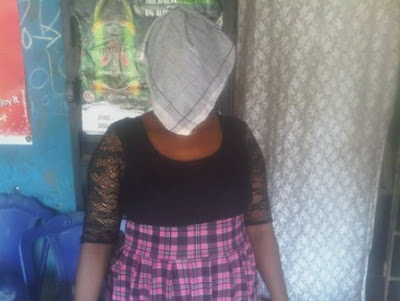 April 21, 2016 – Meet The Woman Kidnapped Inside Ejigbo Lagos Court Room For Refusing To Forgive Her Attacker

Pictured above is Mrs Chioma Ozor who is terribly afraid of her life.

A man that recently attacked her on her way home has been arrested.

While she was testifying against him inside an Ejigbo Lagos magistrate court, she was abducted by 3 gunmen and taken to an unknown location.

Her abductors forced her to record a tape to prove that she lied against her attacker and after that released her.

The suspects have been declared wanted by the police as Okwudili Okeke claims innocence.