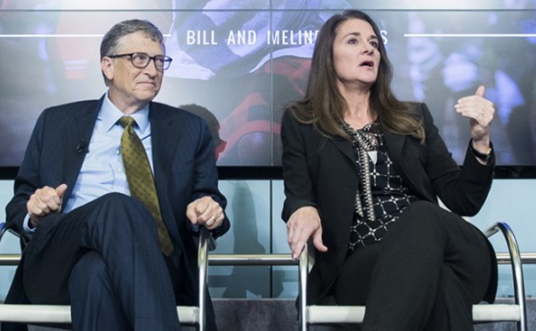 Bill, after two amazing decades together, your humor, drive, intelligence, curiosity, thoughtfulness, optimism – and, yes, your spontaneity – are as wonderful as ever. On land, at sea, and everywhere in between, I’m glad you’re by my side. Happy, happy birthday,” .

Amazing couple with hearts of gold.