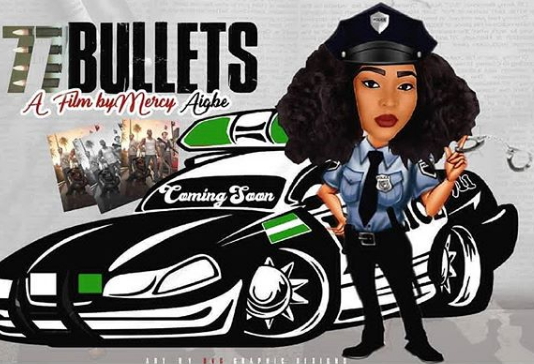 The mother of two who released a sneak preview of the movie on Instagram wrote; “Unfinished…still cooking 77 Bullets. Sneak Peak. Still in the works.”

In the preview, Mercy is seen playing the role of Susan, a deadly thief, who mysteriously appears to a young man, Adesina, threatening and shooting him to death.

It Is A Sin To Sleep With Sex Dolls, Men Will Soon Become Addicted To It – Sophia Williams
Nollywood Actress Uche Ogbodo Stabbed, Beaten To Stupor By Soldier At Lekki Toll Gate