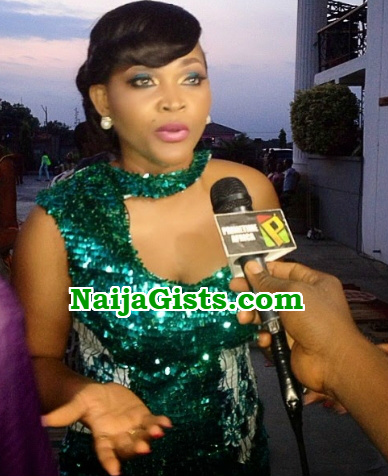 May 13, 2017 – Mercy Aigbe: I Have Internal Bleeding, My Husband Has Anger Problem, He Broke My Makeup Artist Hand

Nollywood actress Mercy Aigbe is still coughing out blood due the severity of the injury she suffered in a brutal attack recently carried out by her broke hotelier husband, Mr Lanre Gentry.

The actress said she can’t intervene in her husband’s case now because he didn’t own up to his crime.

The mother of two who said she is still going through a lot of pain confessed that she is now bleeding internally due to the trauma she went through the day her husband attacked her while acting like he was under the control of some demons.

When asked if she can use her position to free her estranged hubby, the actress declined.

She added that she left him to battle it out to know the gravity of what he put her through and the pain she is feeling right now.

This is what the actress told Saturday Beats: 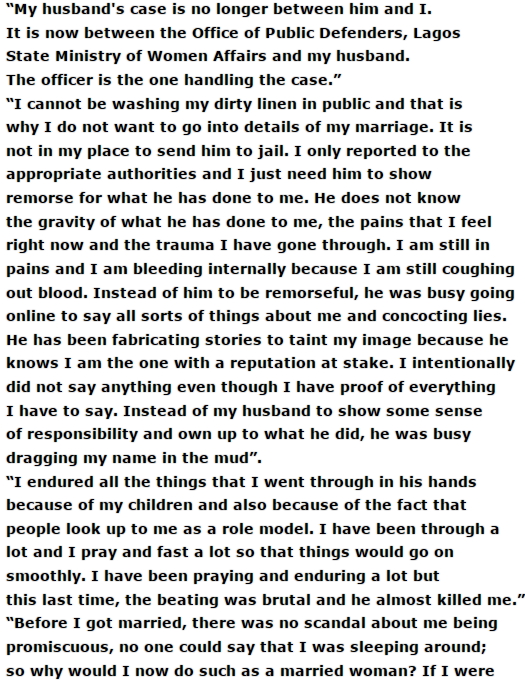 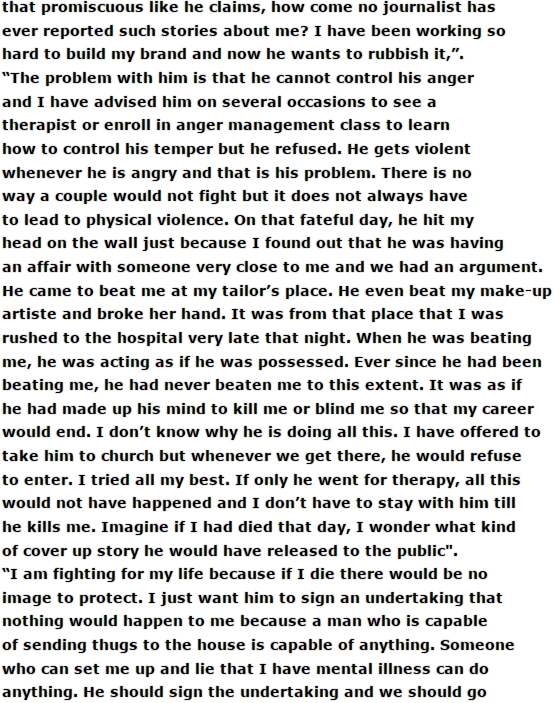