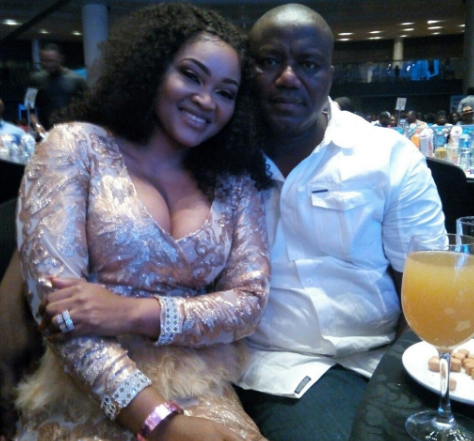 April 29, 2017 – Photos: Mercy Aigbe Marriage Crashes Over Adultery As Husband Lanre Gentry Beat & Kicked Her Out Of Her Matrimonial Home

Mercy Aigbe Accused Of Cheating On Husband With Younger Lover.. How Jealous Husband Threatened To Lay Thunderbolt For Her

As at the time of this report, Nollywood actress Mercy Aigbe is recovering in the hospital days after her husband of many years battered her for allegedly cheating on him.

Popular Hotelier Lanre Gentry who has been the only one sponsoring Mercy Aigbe’s lavish lifestyle reportedly changed after Mercy Aigbe’s former bestie Opemititi allegedly used juju to woo him.

A Nollywood insider NaijaGists.com talked with late yesterday revealed that Mercy Aigbe has been faithful to her husband since they got married though they have been having issues since late 2015, they usually settle it amicably.

At a point, jealous Lanre Gentry accused Mercy Aigbe of cheating and even threatened to lay Magun (thunderbolt) for her but the Benin-born actress denied the allegations.

On how Mercy Aigbe was attacked last week, our source revealed that when Mercy Aigbe returned from an all-night movie shoot, her husband allegedly locked her out.

And when all appeal by Mercy to talk to her wealthy husband failed, she left and went to sleep over at a colleague home nearby.

On returning home around 11am on Saturday, Lanre Gentry who had been boiling with anger unleashed terror on her. He reportedly gave her about 6 blows on the face, threatening to destroy the beauty she is using to attract opposite sex while yelling at the top of his voice like someone under the influence of drug. 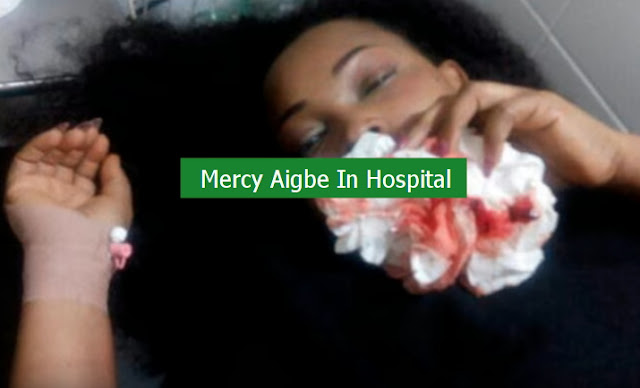 We learnt the timely intervention of her first daughter, Michelle who alerted neighbours saved Mercy Aigbe.

She was rushed to an undisclosed hospital where doctors referred her to another hospital when she was bleeding profusely. 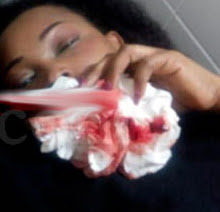 Our source said MJ is done with her marriage to Gentry who has since locked up the boutique he opened for her. 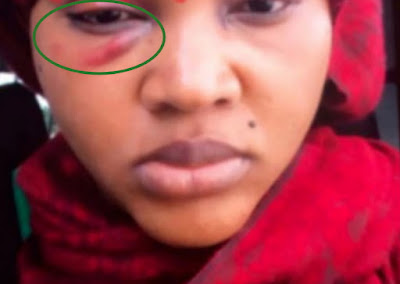 In 2013, Mercy Aigbe experienced a similar case but later denied it after her husband allegedly begged her to keep it a secret.

Mercy Aigbe’s first marriage ended over mother-in-law wahala and this one is also on the verge of crash over domestic violence.

Mercy Aigbe has been enjoying Lanre Gentry money for a while now, she is having a share of the pain that comes with marrying ready made Baba Olowos.