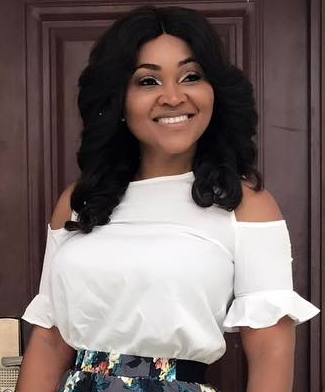 Nollywood actress Mercy Aigbe started the year on a controversial note when she took to the social media to pray for a child.

The 40-year-old ever-busy mother of two who just moved past her controversial red dress drama uploaded a cute baby girl photo and said she’ll love to visit the labour room again to have another girl.

“Oh my ovaries! I might just try for another baby girl,” she revealed.

Recall that Mercy’s marriage was plunged into crisis early last year when she revealed that she was in an abusive relationship. This was followed by series of photos that served as evidence to her claims.

This revelation has left quite a number of questions on the mind of fans and critics alike as the mother of two is at the moment single since she hasn’t finalized the divorce process with her estranged husband, Lanre Gentry.

Is she going to settle her differences with her estranged husband or is there a secret lover?.

Let’s keep our fingers crossed to see where the miracle baby comes from.